What is a foodlab? …and why food is about much more than simply what we eat

“Food as a media”, a strategy to activate change and make a positive impact

How the Foodlab, now a growing business in Volumes’ ecosystem, started with an unplanned crowdfunding campaign and is becoming a key topic of research and exploration at the crossroad of disciplines.

Innovation cannot be planned, but spaces and conditions can be created to fuel creative thinking and making. The first condition used at Volumes since the very first days is a simple one: leave space to allow innovation to unfold. Of course this can be challenging, as it means resisting the natural urge to control everything.

When we opened our first creative and productive hub in Paris, 450 out of 500 square meters were planned to be renovated and host coworking desks and a makerspace for digital fabrication. The remaining 50 square meters were occupied by an almost empty room, an undefined space with a small kitchenette in a corner, at the entrance of the space (photo below).

This lack of definition in the planning phase made this space naturally suitable for random encounters, improvised meetings and coffee breaks, and eventually started being used by the community as a space to run events in the evening. Those random events included wine tastings, concerts, sustainable fashion pop-up shops, meetups for entrepreneurs. As the space offered a (very rudimental) kitchen for personal use, people started also organising some informal apéro (the French word to designate a snack with a drink at the end of the day, before dinner).

This rendezvous quickly became a tradition and les aperos du foodlab were born: every Tuesday at 7pm, a different chef, foodie, food designer or even a food amateur, was invited to organise a small tasting event.

These “foodlab Tuesdays” suddenly became a community gathering for local entrepreneurs and the neighborhood, especially – but not only – those motivated to innovate the food and the catering sector. Little by little, from Tuesday to Tuesday, we started observing a common thread emerging within this community: almost every food entrepreneur starting a new innovative business needed a professional kitchen to cook, but couldn’t afford to engage in a long-term lease (often between 3 and 9 years in France).

After all, how can one be ready for a 3 years lease when experimenting with new models, often taking a lot of risks to create social impact while doing business?

The community was silently asking it, Volumes decided to respond by setting up its own professional shared kitchens, allowing users to rent it for short time slots (from few hours to one month) thanks to a space management software. To fund the renovation works, including literally breaking the walls to host a real kitchen, we launched a crowdfunding campaign.

From an experimental lab to a proper food production facility: the new era of the Foodlab

For about 5 years, all kind of ideas, businesses and NGOs have been incubated in the Foodlab, including sustainable and local catering services – Alphonse et Madeleine, to give an example -, organisations for food social justice – La Tablée des Chefs -, new concepts of restaurants – Chilam Tacos -, etc…

The Foodlab demonstrated to be the perfect option to prototype and test new ideas with a limited financial risk, providing access to a food production lab but also to a community of members, acting as potential beta-tester of the products but also as future clients. Foodlab members (also called fooders at Volumes) used to stay between 6 and 12 months, long enough to conduct a proof of their concept. If the new idea succeeds to pass the test and successfully enter the market, then the project usually grows fast enough to exit the Foodlab as a prototyping space and then get to long-term rent or buy its own facility (a restaurant, a private kitchen, etc…).

During this first chapter of the Foodlab venture, Volumes team observed some common trends (again!) among the fooders: an emerging need for a more integrated service, something broader than simply an access to kitchens. There was a need for a new laboratory with more storage spaces, dedicated facilities such as a legumerie (a specific space to clean and prepare vegetables),  specialised ovens and other cooking tools…in short: a fully functional, production-oriented lab, more than a prototyping space for experimental activities.

The second foodlab (pictured above) was born from these considerations, and it recently opened its new venue with 4 brand new, professionally equipped laboratories for chefs and entrepreneurs, fulfilling the most strict regulations that apply to food production facilities. This new, upgraded, institutionalised version of the foodlab is proudly located within the Fab City Hub Paris, a venue emerged in the context of the Fab City Global Initiative, aiming to bring back to the city centers the productive facilities and activities by putting citizens at the core of a new industrial revolution.

Video above: CENTRINNO is a European Research Project, in which Volumes support the emergence of 9 Fab City Hubs in Europe, aiming to relocate production back in our cities as a tool for social innovation and sustainable growth.

Foodlab by Volumes: from food prototyping and production to research and social innovation

Today, the Foodlab is a central piece of our innovation ecosystems, a key ingredient to gather the communities, to connect with both local citizens and companies, and it is a growing topic we explore trough research projects, training and consulting.

Food, as a media, demonstrates unique capacities to aggregate and create social bonds, and its universal and shared values provide powerful tools for radical inclusion and citizen engagement.

In the documentary Chef’s Table, Dan Barber – chef of the two-starred Michelin restaurant Blue Hill at Stone Barns – puts forward the idea of contemporary cuisine being the ideal platform for an holistic research, for its capacity to overarch and connect different aspects that gravitate around food such as nutrition, economics, agriculture, ecologic sustainability.

In the same film, acclaimed food writer Ruth Reichl describes Dab Barber as the symbol of a new generation of modern chefs, which use food to speak about having a positive impact in the community and in the world: a sort of food-based environmental activism.

This vision can provide inspiring views on contemporary challenges such as social inclusion, climate change and justice, and it provides paths for exploration and research on how food can be used to tackle such challenges.

At Volumes we organise these thoughts and explorations path around three main research questions :

The other day @marcosgcm commented in this podcast hosted by @volumesmedia_ that the kitchen would have been an interesting metaphor instead of laboratory https://t.co/aK6e9MxZsB

And you, what’s on your plate?

Does the perspectives above resonate with some of your projects? Do you have other explorations and research ongoing related to food, urban agriculture, social eating? If yes, we are interested to connect! We are actively creating partnerships with other organisations (including Slowfood, Fab Lab Barcelona, Fab City Foundation) to work together on these topics and maximise our impact.

If you are still hungry, we recommend the following side dishes. To start, below is the video of the first crowdfunding campaign for the Foodlab by Volumes, back in 2015.

And here is Chef’s table trailer with chef Dan Barber, the one we mention above.

And as a dessert (but the following are only available if you speak French), check out the Foodlab brand new website foodlab.paris a our video-podcast with Sarah, Foodlab director.

And for finish, here is the Foodlab brochure.

This article has been written by Francesco Cingolani (@immaginoteca), cofounder and director of Volumes.

Volumes currently actively support the development of the Foodlab within the framework of the European research project Centrinno. 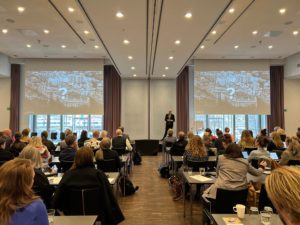 Laboratories of the unexpected

Can we make more creative, resilient and inclusive cities “just” by planning and designing less? Can serendipity be designed? Not really, but… 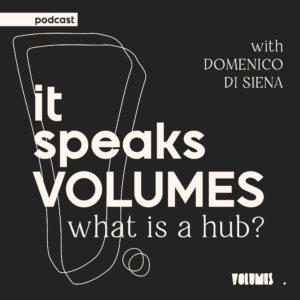 It speaks VOLUMES | What is a Hub?

The search for words of alternative economies in the making Why “It speaks VOLUMES”? Have you ever heard things like social innovation, 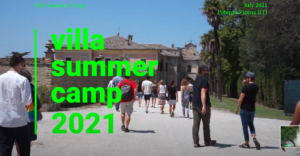 VILLA SUMMER CAMP: How to reclaim a heritage site back to the people? The reRenaissance of the Villa Buonaccorsi

The story of Volumes and Villae’s initiative to foster a new kind of local/global activism fueled on collaborative methods and circular economy.

Manage Cookie Consent
We use technologies like cookies to store and/or access device information. We do this to improve browsing experience and to show personalised ads. Consenting to these technologies will allow us to process data such as browsing behaviour or unique IDs on this site. Not consenting or withdrawing consent, may adversely affect certain features and functions.
Manage options Manage services Manage vendors Read more about these purposes
View preferences
{title} {title} {title}

Can We Help You?

In 2014, when we started, the first thing we did was breaking the walls of our first venue in Paris, to create more fluidity and multiply connections.
We would be glad to help your organization to do the same.